The Power of English and the Chinese New Year 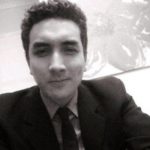 Chinese New Year is a truly magnificent period in the world calendar, bringing people together from all walks of life to unite in ceremonial festivity.

In this festive vein, Gallery Teachers have produced two wonderful videos for you that capture the spirit of Chinese New Year and give you a taste of its magic.

Our first video (see below) features John from Gallery Teachers, impressively presenting the Great Wall of China to you as a bastion of Chinese culture; he reveals some facts about it that you probably will not have heard (how many football pitches it measures, for example…). Our editors did a spectacular job in the post-production stage, where they were able to fuse an exciting combination of visuals and sound that do justice to this adored tradition.

The second video (see below) continues along the same theme, but gives a deeper insight into the history of the Chinese New Year itself, taking you down the path of times gone by where legends and magic are born; as you can see, John does an equally fantastic job of narrating the history of Chinese New Year. Dragons, gods, flames, mountains, wizards, children and adults all feature together. That language is a human tool is no original assertion, however, it is during events like Chinese New Year that its power as a device really stands out. Human cultures need a mutual framework in order to understand one another, and expecting two communities to integrate without a common language is a near-impossible demand. In many ways, the English language can be regarded as similar to the Great Wall of China; it has endless routes, endless junctions, and endless pathways, yet it successfully unites two very distant places.

Chinese New Year has acted as a cultural glue successfully binding the Western world with the Orient; the fact that so many countries worldwide take part in the festivities is a testament to its universality. Language inextricably exists within a network of social codes, symbols, cultural signifiers, identities and politics that provide the living pulse for our words; when we are able to use language as a bridge between otherwise disparate nations, it is a remarkable thing. The English language is no exception to this rule, and its flexibility helps it stand tall as a symbol of understanding between cultures.

What better example of this is there than the Chinese New Year? When heterogeneous communities unite under a common language – e.g. English – we can begin to understand each other’s identities, motivations and belief systems.

The narrative of Chinese New Year is a classic example of this phenomenon; it attracts people from all four corners of the globe to revel in the joy, colours, music, imagery, sensations, and customs of the Eastern world. More importantly, we should ask ourselves if such an event would even be imaginable without a common language. After all, how can one be expected (especially as a child) to understand the great stories of gods, miracles and dragons (complicated enough as they are) without a unifying language?

In the case of the Chinese New Year, both English speakers and Chinese speakers have the opportunity to understand their differing interpretations of the New Year and its unique spirit, made all the more possible through learning English. As teachers of the English language, we are responsible for setting the foundations of this cultural bridge. Traditions like Chinese New Year are just as much a celebration of shared languages as they are a celebration of legends, ghosts, spells and dragons. If you are a newcomer to the world of English Language Teaching, or a seasoned teacher looking for reminders and inspiration, or perhaps just someone fascinated by world cultures, you would be wise to remember that language is the vehicle that culture drives…