Oh boy, the beauties of teaching in Italy! 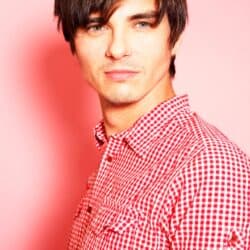 Before moving to southern Italy, I’d only ever taught Italians at summer schools in England, with the last occasion being at a medical university in South London. The classrooms were quite chilly, on the basement floor and adjacent to the morgue. Back then, I shouted as loud as I ever have, telling a boy from Naples to not open the door, or else risk disturbing the dead… 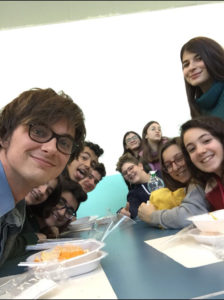 Unlike the morgue, the students from my time in London were full of life and made quite an impression, and as I packed my bags for my eight month stint away, I couldn’t help but wonder, how would teaching Italians be different to teaching them at a summer school in England? And how would I be different as a teacher in a high school abroad?

At summer schools I had to break up a few scuffles, mainly between boys who wanted to win the battle of the North/South divide. However, in Calabria and Sicily there were no such problems. In fact, what was most striking was just how much the students actually really liked each other, which was a beautiful thing to witness, right up until I had the challenge of breaking up the family and systematically interviewing one student at a time to conduct placement tests.

For many young learners, a summer school may well be their first time away from home, so it’s understandable if a phone vibrates mid-class and Fabrizio has to take a call from his Mum. In Calabria,   given that the students had not even left town before, I was astonished by just how many Mums felt the irrepressible urge to phone their children in class, especially their sons. I lost patience a few times and actually took a number of the calls myself. I spoke to Alessandro’s Mum, Lorenzo’s Mum, as well as Antonino’s. I actually found it a lot of fun, and got my own Mother to phone me during class on loud speaker, which is obviously the best form of comprehensible input there is. So I’m definitely a Mummy’s boy too…

Other than how much more family-oriented the atmosphere was in Italy, I felt a difference within myself with how I managed classes. I continued to adopt the same jovial light-touch management style as I would do in a summer school, but the interesting thing was I put a lot more thought into what actually works to maintain good behaviour in an all-Italian class. Not that they were that bad, but oh, San Giuseppe! The noise!

In such a passionate culture, many of my students seemed complete strangers to being shouted at. So I took a different approach: everyone loves approval and positive reinforcement, most of all young Italian learners, and if it is denied for a moment then there is usually an instant reaction. So, as an alternative to losing my voice once a week, I instead found that catching students doing well, singling them out for praise, and actually lowering my voice worked far better than doing the opposite of this.

Teaching here, I’ve also found that I cannot switch off my rather reserved English nature. Not that I am as cold as one of those London corpses, but there is definitely an invisible force-field around me. It’s not so much that I wasn’t approachable, but rather that I didn’t pat heads, greet special needs students with a kiss on the cheek, or hug anyone (all of which I frequently saw as being quite natural and acceptable in an Italian school.)

To fit into the warm inclusive environment of these schools, I decided to compensate by being warm with words, and have discovered that enquiring about students’ passions, interests and attitudes is an even more powerful method than just giving a high-five.

So, to answer the question of what I’ve discovered about my teaching style from southern Italy, I’ve discovered that there’s nothing warmer than the good intent of positive words.