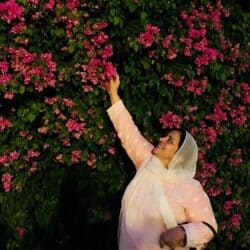 Certain difficulties of pronunciation are specific of a country and depend on the first language of the student. Here we talk about Pakistan

Phonetics are important to communicate correctly in a language, because a correct pronunciation gives better understanding to the listener.

Certain difficulties of pronunciation are specific of a country and depend on the first language of the student.

Today we talk about the difficulties Pakistani students have in pronouncing and understanding the difference between the sounds “/w/” and “/v/”, and how to overcome them.

Is the study of human sounds in general without reference to their systemic role in a specific language.
Phonetics are divided into three types according to the production (articulatory phonetics), transmission (acoustic phonetics) and perceptions (auditory phonetics) of sounds.

Sounds can be divided into consonants and vowels.
The former can be characterized according to place, manner of articulation, and voice (voiceless or voiced).
For vowels, one uses a coordinate system called a vowel quadrangle within which actual wall values are located.

Is the functional classification of sounds of a particular language. It is the system of sounds by means of which meanings are differentiated in a language and which serve as a building block for the higher linguistic levels for example morphology.

Is the smallest unit of language which distinguishes meaning; it is the organizational unit of phonology.
Phonemes are written in slashes: //.

Examples of phonemes are /a/, /b/, /k/ etc. Their status is shown by finding minimal pairs in which the only difference is between two sounds in question e.g. cot and got in English or kunst and gunst in German.

Is a term that has two basic meaning:
a) The realization of a phoneme;
b) Non distinctive variants of a phoneme.

Allophones are written in square brackets: []. Examples of allophones are provided by different sounds in a language which do not change the meaning of a word, e.g. the uvular and alveolar /r/ of German as in brot [bRo: t] or [bro:t].

An English example would be provided by the alveolar and the velarized /I/ of English as in leap [li:p] and deal [di:l].

It is essential to distinguish between writing and sound. There are various terms to characterize the relation between the written and the spoken word depending on what the match between the two is like: homophony ‘sameness of sound’ e.g. meat and meet, homography ‘sameness of writing’, e.g. lead and lead, homonymy ‘sameness of sound and writing’, bear and bear. In the same way, the sounds of some phonemes are mistakenly considered as same e.g. ‘v’ and ‘w’ sound.

English has become the lingua franca.

Along with the communicative language it is a language of science and technology.

Every Pakistani wants to provide quality education to his children because his future lies in the hands of his new generation. Youth is the pillar of our nation. We have to prepare them for the future responsibilities.

Therefore, we also need to make students aware of the pronunciation of different phonemes in the English language.
This can be done by introducing phonetics and phonology among students at an early age. As the spoken language bears equal importance to the written one. In this research, our main focus is on the consonant sounds ‘v’ and ‘w’ specifically.

Here, I investigate the percentage of people aware of the distinction between the above-mentioned sounds.
The study will reveal the further expectation in this field of phonetics. It is hoped that this study will help to solve many problems which are being faced.

This study is important in the sense that it will point out some problems related to the pronunciation of v and w sounds. And also the patterns of enunciation of the above-mentioned sounds by the students at the undergraduate level at Kinnaird College.

On the other hand, we also made an effort to improve the pronunciation of the interviewees.

20 girls were asked to fill in a questionnaire and these are the results:

About 85% of the girls didn’t have any knowledge of the terms Phonetics and Phonology.

15% of the girls did have an awareness about these words, particularly because they were English major or perhaps were able to comprehend the words, to take the meaning out of them or they had heard it somewhere.

About 20% girls claimed to have done a language course and 80% didn’t do any.
This clearly represents the level of the urge to learn a particular language and the internal motivation factor.

30% of the girls knew that v and w have two distinct sounds in English language but 70% weren’t aware of this fact.

20% of the girls were given awareness by their teachers to pronounce V and W distinctively, but 80% of the students weren’t granted this awareness.
This also marks the level of interest as well as the academic status of the teacher to engross the students in external motivation.

20% of the girls followed a particular accent but 80% didn’t and only claimed to follow the so-called Indian accent.

80% of the girls believed that the variation in accents affects pronunciation of V and W sounds, but 20% did not as they were not aware of the implications of other accents.

60%of the girls believed that mother tongue influencers the second language learning, but 40% of the girls were not accepting this fact.

90% of the girls stated that their language distinguished between W and V sounds but 10 % refuted with this fact.
This marks the lack of acceptability and awareness about the second language.

60% girls noticed a refinement in their pronunciation with age but 40% didn’t do so because they lacked inner motivation and exposure.

35% of the girls thought that the mother tongue interferes with the pronunciation of V and W sounds but 65% didnt think so.

100% girls thought that awareness must be given to the students for gaining effective exposure to phonology and sound structure of language.

ANALYSIS OF THE PRONUNCIATION OF STUDENTS:

Most students are not aware of the fact that these two phonemes are pronounced differently and have different associated sounds.

They pronounce W in the same manner they pronounce V.
The lip rounding during W pronunciation does not become prevalent.

Hence, here the age of the learner becomes an important factor as well as the awareness to a particular form and structure of a phoneme. Only a variation in manner and places of articulation may vary the phonetic structure of words.
As, was in case of V and W sounds.

If the manner and places of articulation are followed strictly only then these sounds can be pronounced distinctively. But, this requires an appropriate internal and external motivation that can be provided by the teacher and effective exposure to the language.

We do have English schools in Pakistan, but the way the words are pronounced is not taught to the students.

Distinct sounds are being referred to as one phoneme. Hence, the practical aspects of a language are not considered important and the teaching of the written language is becoming prevalent in schools in Pakistan.

Texts can be used to teach the language principals, but the exposure to the spoken language counts a lot more if we want to master the language.

If we will let our mother tongue interfere with English, then no difference would be seen in our personalities and spoken content and that day won’t be far when the complete distortion of the phonemic structure of English would occur.

In conclusion, I would like to focus on the fact that language speaking does occupy the same position as the learning of syntax, lexis, grammar and morphology of language as well as the techniques of reading, listening and writing; however it follows a rather elevated position than that.

If you are a school or organization recruiting for Pakistan, please contact us at [email protected] to get a discount code on our job posting services.