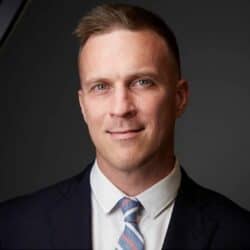 We live in a materialistic world, and to buy those material things, we need money. Perhaps the very fact that money is central to our survival explains why there are so many different ways to say money in English.

Many people believe that the universal language is music. And while it’s not incorrect to assume, the language of money is the one that’s universally understood.

We’ve rounded up some of the most popular slang words for money, what the words mean, and when the best time is to use each.

For some people, money is a very touchy subject. You can’t go around randomly asking people what their salaries look like or how much they save each month. According to Puff Daddy, it’s all about the Benjamin’s, but by using some slang words and nicknames for money, you can add a playful element to your conversation.

Here are 10 ways to reference money and dollars (the official currency of the USA) without using the word money, in English!

Top Synonyms for Money Everyone Needs to Know

Brass is a slang term for money that they use in northern Britain. And it’s a term many people use to refer to a couple of five-dollar bills. The British slang term probably originated from scrap dealers scouting for materials like copper. And where there’s a muddle, there’s brass. And where there’s brass, there’s cash, according to British slang!

C is the Roman numeral system’s equivalent for 100. It’s based on the word Centum, which means “one hundred,” which means that a C Note refers to 100 dollar bills.

Sure, you’ve got bills to pay, but this slang term doesn’t refer to money owed. Instead, it most commonly describes a thousand-dollar note or ten one hundred dollar bills. But bills can also refer to any kind of paper bills too.

Bucks is a very common name for money. The term originated from early American colonists that frequently traded deer and buckskins for profit. Got five dollar bills? Then you’ve got a couple of bucks!

You’ll need money to buy this breakfast treat, and you’ll need a consistent supply of it too. Brining bacon back is a term often used to describe earning a salary.

Boodle isn’t exactly a positive expression of the word money because it implies that it was earned in a less-than-legal way. If you hear someone talking about ‘boodle,’ it probably refers to shady cash like a bribe, stolen money, or counterfeit money.

According to the rapper Ludacris, green bills packed together resemble cabbage. He says ‘Hussle real hard, gotta stack that cabbage I’m addicted to money.” And the rapper Jeezy tends to agree with the theme of green vegetables resembling money since he calls his money a “pocket full of celery” in the 2009 hit “Put On” produced alongside Kanye West.

To some, cha-ching is the best sound in the world. The sound of a cash register completing a sale is often used to replace the word money.

If you’ve had a chalupa before, you know how deliciously spicy this Mexican taco is. But did you know that it’s also a slang term for the word money?

#10 Capital (Any Kind of Paper Money)

While capital isn’t exactly the kind of slang term you’d use in a business context, you can use it for informal speech when referring to any type of money you have.

Some of the best English phrases to talk about money

If you’re finding it hard to translate these slang words or feel like you need an interpreter to help you out to understand what people mean when they use slang words for the word money, here are some basic phrases you should get to know!

We all know that squirrels have a habit of stashing away astonishing amounts of food in secret locations, so they have stock for the winter months. So, when someone does this with money, they’re saving a substantial amount of money to use in times of crisis.

You’ve probably said this to your kids if you’re a parent. It’s a great phrase to use if you want to mock someone for carelessly spending their money. The term means that money isn’t free and is hard to earn, unlike the leaves that grow on trees.

Bread and butter are essential staples in the diets of many English-speaking people. So, when you use this term to refer to money, it relates to your job and how it earns you an income so you can feed yourself and your family.

If you ‘break the bank,’ it means that you use all your money to buy something. You can also use it to refer to something that’s much too expensive and outside of your affordability range.

Anyone that is ‘broke’ or ‘flat broke’ has absolutely no money. Many people use this slang phrase informally to describe their financial difficulties or that they do not have the means to buy basic necessities like food.

6 – Give a Ballpark Figure

If you give someone a rough estimate of the costs of a product or service, you’re giving them a ballpark figure.

That concludes 10 top terms used to describe money without using the actual word in the English language! Try and use these idioms and slang phrases in your conversation when it feels appropriate to do so.

What other slang terms have you got up your sleeve? Let us know what your comments are, and let’s keep the conversation flowing!