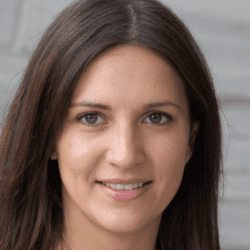 Social medias are one of the most important mediums to understand what happens in the World, and an extremely valuable tool for us English Teachers.

In recent years, new words have been invented and have become popular, so we should include them in our classes. Are you sure you are up to date with this new vocabulary and its meaning?

Fake news is a deliberate lie that is presented as news. It is a mix of misinformation and disinformation and very often it involves accredited journalists, broadcasters and politicians. This makes it very hard to unmask the lies and hoaxes. It is a very difficult topic that is still in debate.

To know more about fake news, you can find more information on Wikipedia.

Going viral means that something has become extremely popular in a short period of time. This usually relates to a video or an image, but also to a person. Anyone active on social media secretly dreams of going viral

Troll usually refers to someone who intentionally undermines a video or a person with inflammatory, irrelevant or offensive comments to undermine their work and authority. Sometimes this is a service that some companies pay for, in order to discredit their competitors.

A Vlogger is someone who creates videos for the web starting from his personal experience. The word evolved from BLOG (initially an online diary) to a VIDEO BLOG, then VLOG. This is one of the most common ways to communicate on the internet and build a certain degree of popularity.

A vlogger could be somebody who films his own life, but also someone who makes a tutorial or teaches something in general.

Memes are a type of joke that has text and videos with them and are a great way to talk about different cultures during our classes.

Memes are a great means for fun, business branding, entertainment, and personal branding.

A Clickbait is usually a headline whose purpose is to have readers click on the link. The value of that information is usually poor: fake news, misleading information, gossip, articles written just to get money from the advertising.

It is usually something like You will not believe what…

Trending refers to a topic that is currently getting attention. A synonym could be “Hot”.

Trends could be generic or personalized, based on your social behaviour, interests and location and they are shown in real-time, so you can keep up to date with what is happening around you.

Fishing is a specific scam on large scale, meaning the attempt to reach as many people as possible and then attack the few who respond (like a fisher’s net). It is very popular, for example, on dating websites.

A Follower is someone who follows another person on social media, based on his ideas, beliefs or personality. Followers usually copy, get inspired or talk about the person they are following and the objective should be to have as many followers as possible.

In other times we have called them Disciples or Adherents. Depending on the social media we are using, the name could slightly change, for example on Youtube it is called Subscriber.

Streaming is the process of delivering a video to a computer or mobile device via the internet. Although the video can be pre-recorded, it usually refers to something that is being broadcasted live in real-time. It could be, for example, a webinar, a conference, a podcast, but also a football match or a TV show.

We talked about some of the top words that are extremely common in the social media world, but there are many more, and if you are interested, you can learn more about this topic on followerscart.com.

Now that you mastered these expressions, they can be a good topic for an English lesson about the online world. Help your students to get familiar with them, too!