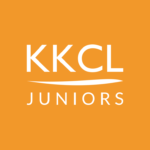 An extraordinary opportunity to stay in one of the most famous and influential schools in the world. It’s going to be a very British summer school!

Founded in 1572 under a Royal Charter granted by Queen Elizabeth I and with over 400 years of history, Harrow School has been synonymous with wealth & privilege for centuries – it is indeed one of the most prestigious boarding schools in Britain.
A 300-acre estate combining traditional with the modern day: use of the historical Fourth Form Room and Speech Room; state-of-the-art facilities including a sports centre, tennis courts, indoor swimming pool, water polo, drama theatre, athletics track and 9-hole golf course – with breathtaking views over London.
Follow in the footsteps of the giants of old, to live like one of the famous Harrovians: the poet Lord Byron, former British Prime Minister Sir Winston Churchill, the first Indian Prime Minister Jawaharlal Nehru, King Hussein of Jordan and many other elites around the world.
The boarding house is securely locked at all times and only KKCL students and members of staff have access. We will have our dedicated House Master and House Parent on hand to look after our students throughout the stay. The boarding houses are connected to our main academic centre at St Dominic’s via a short walk through the picturesque village of Harrow-on-the-Hill.
Only 20 minutes away from Central London and 30 minutes away from Heathrow Airport.

A typical week at KKCL Harrow School Boarding House
Our Harrow School boarding houses are at the heart of the KKCL Harrow School experience. It is here where you will make new friends, sleep surrounded by the history and successes of generations of Harrovians before you, have the welcome and support of our House Master and House Parent, and settle into your new boarding school life!
During your induction, you are put into a ‘house’ so you can mix and make friends from all over the world and compete against each other to see which ‘house’ is the best. This system is how many British boarding schools are organised, and creates a dynamic and fun school environment.

The boarding houses are in close proximity to KKCL St Dominic’s classrooms and all the world-class facilities that Harrow School offers. With sports activities ranging from swimming in an indoor pool, to rock climbing and Harrow Fives inter-house competitions, our sports and games certainly have that something special! And don’t forget about the Fourth Form Room! This is where Harry Potter scenes were filmed, and is the location of our English Masterclass during which you will compete in your ‘houses’ to practise your English and learn about the fascinating history of Harrow School at the same time!

Every day school starts with the House Master’s ‘Bill Call’ – Harrow terminology for roll call, then breakfast is served in the Harrow School Dining Hall where freshly prepared English-style breakfast is served with a range of hot drinks. You will then head off to either a full day of lessons at our Academic Centre or an excursion for the day.

After dinner you will take part in fun evening activities, including British Culture Night, the KKCL Disco and BBQ party. At the end of a 2-week programme, the Graduation Ceremony is held in the Speech Room, where Winston Churchill made his famous speech, and this is followed by a formal supper or BBQ party to celebrate your graduation!
St Dominic’s Sixth Form College
Our KKCL Harrow Summer School’s academic centre is based in the outstanding St Dominic’s Sixth Form College. One of the best ranking Sixth Form colleges in the United Kingdom, it is connected to our Harrow School Boarding House via a short walk through leafy Harrow-On-The-Hill, and there you will find a modern academic facility that caters for up to 1000 people, and with a great view of London too!

There are no reviews yet.

Linda Casiraghi | 25th September 2019
I made so many friends from all over the world. It was great to learn about the history of Harrow School, and see places where Harry Potter had been filmed! I especially enjoyed the adventure course, swimming and rock climbing activities!
ludino16 | 15th November 2018

Please log in to be able to send messages to the listing owner.