Objects, Subjects and the Banking Model 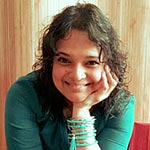 “There is no teaching without learning” Paulo Freire

Paulo Freire and the Banking Model of Education are perhaps the two things I hear the most in my conversations with people about Critical Pedagogy.

What is the Banking Model? Imagine an empty vessel and someone pouring knowledge into this vessel. The ‘active’ elements of this image are the person pouring this knowledge (the teacher) and the knowledge itself. The ‘static’ element is the vessel (the student). The general hope is that once all the knowledge is poured into the student, the student will be learned and ready for the world at large. If you’re reading this I probably don’t need to convince you that not a lot of learning happens when learners are this passive.

There is another layer to this concept though – that is, the notion of objects and the subjects in the wider scope of the oppressor-oppressed dynamics (Freire’s most famous book on Critical Pedagogy is Pedagogy of the Oppressed). It’s easy to interpret the Banking Model as the oppressor-teacher using very top-down methods with the oppressed-students who have to receive the lesson without question. This evokes all sorts of caricatures of archaic teaching methods which, again, none of the people reading this column probably subscribe to.

But this isn’t all there is. You see, it would be easy to argue in the example I’ve just given, that a transformation needs to occur in favour of the students. They need more of a voice, the teachers need to ‘pour’ less knowledge and be more receptive and so on. This is all stating the obvious, especially in the context of our modern world with its academically and technologically empowered pedagogy.

However, imagine classrooms where the students like having all the knowledge pour unto them. Imagine if the students didn’t particularly want more of a voice. Where they expected their teacher to have all the knowledge and judged them adversely if they appeared not to. It isn’t all that hard to imagine is it? There are classrooms like these, with expectations like these, with unwritten rules like these. Right here in France where I work, and also in so many other parts of the world. What then? Are these students oppressed if they’re happy the way they are, as spectators in a classroom? Are teachers who conform to cultural norms of learning that are highly teacher-centred automatically big bad oppressors? Hmm…

So what next? The key to the Banking Model of Education lies, for me, in the notions of objects and subjects. Any transformation that happens has to happen at this level and not at the level of perceived oppressors and perceived oppressed.

Objects are things which are formed by subjects. The subject has power, intellect, intuition, voice and the agency to exercise all these qualities. Objects on the other hand have none of these qualities awakened in them. They receive, they reproduce and they perpetuate the same codes of restraint from generation to generation. True transformation occurs when an object moves into the position of being a subject.

But I feel that we don’t engage with objects en masse, human beings are too complex for that. Objects and subjects are sophisticatedly layered in so many spheres of society. We can’t really get through to a person by informing them of their ongoing oppression. We can only attempt an awakening of the desire to act.

The ultimate question is who exactly is the oppressor and who the oppressed? How do we awaken agency? What are the big-picture conditions for liberation? Independence is something that cannot be given as a gift, as Freire would say. It is earned and it is claimed.