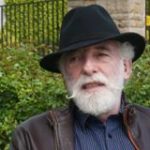 For a change, this month’s letter is not so much about teaching but about language, specifically the English language though I dare say its tenets might be applicable to other languages. I also imagine that some of the points here will be applicable to teaching since the topic of keeping our own input current, is an important one.

I am often taken by the number of people, online posts, threads and groups I come across purporting to battle against the disintegration of the English language. English, the argument goes, is under attack from (in no particular order) text-speak, the media, laziness, youth, ignorance, poor teaching and the Americans! If we are not careful, if we don’t defend the Gates of Our Language, it will deteriorate to the point where it will no longer function, they say. Communication will break down, ‘proper usage’ will be lost, words will change their meaning and spelling will be universally sub-standard, we are told.

But this kind of thinking has been going on for literally hundreds of years and yet, here we are, managing to communicate! Language is the result of community consensus; it’s not bound by what some national academy of language might conclude, however august its members. Language is truly ‘bottom up’ rather than ‘top down’; in other words, it’s the speaker community who determine the content, use and usage of language.
Meanings change over time, sometimes radically and there’s nothing whatsoever we can do about it, even if we wanted to!

Consider ‘uninterested’ and ‘disinterested’: I was brought up to understand that the former means lack of interest while the second means unbiased, as in ‘a disinterested observer’. These words are now commonly being substituted for each other without regard for their original meanings! Some will be offended by that, bemoaning the fact that the original meanings are the ‘true’ ones and yet, they can do nothing to halt this process.
Consider too, the irrational rules which proscribe the splitting of an infinitive, as in ‘to boldly go’ and not ending a sentence with a preposition! Rules introduced to try to make English seem more like Latin in its grammatical form but serving absolutely no purpose whatsoever in terms of functional use. And why on earth should English structure emulate Latin?
These faux rules and others were picked up by teachers and passed on to school children resulting in adults who are convinced that their primary school teacher, Miss Penanink, was Right and that any deviations from her teachings are Wrong. But at best these ‘decrees’ are stylistic choices for one to adopt or not; at worst, they are hindrances to authentic communication.

Language is flexible, it responds to fashion, to influences from inside and outside its speaking community, it changes and develops but it will never stop performing its function as a tool of communication unless, like Old Cornish for example, it becomes extinct.

As English language teachers then, we have a certain responsibility to ensure our own usage is current and not allow our language to remain static or become out-dated. This is especially true for those of us who are somewhat isolated from other English language speakers.

These days, with social media, e-books, films, TV series, lectures and much more available through a huge variety of devices, it’s so easy to keep our own language up to date.