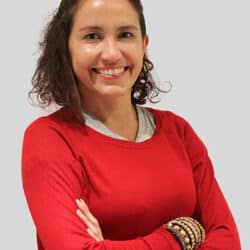 In the amazing journey of teaching languages, listening and speaking are the most difficult skills for students to learn, and therefore, the most intimidating. How can we help them, as their teachers?

When I was still developing the IELO method, I was more focused on planning my classes, teaching languages adapting a methodology I learnt from my previous work experience, that was project management.

I was not sure at the beginning if that would work, but I was very confident that by having a plan with a clear objective, timeline, milestones and defined activities the method would be for sure effective and efficient. I was partially right. Usually, in the first interview, when the needs analysis is done, I show an example of the Language Plan. This is a kind of magical moment for the students because they understand that there is specific and organized work that will be done during their learning process.

This was not enough, though. To explain this better I’ll use IELO’s first student interview as an example. Filippo is an executive in one of the most important fashion companies in Italy. His request during our first meeting was very simple: “I want to communicate better. I want to be able to keep a conversation in a way I can understand and speak without having fear of doing so”. He finally concluded: “I’m not bad at grammar, but my goal is to put an end in this block when I must speak English”. At that point, I remember that I asked him whether he had learned English in school or if he had done a course in a language school. His only experience was at school and he had never studied in an English school or overseas.

Soon after he left, one question came to my mind: how can I help Filippo to lose his fear of speaking English?

Trying to answer it triggered my excitement so much I couldn’t sleep. I imagined myself in the film The Butterfly Effect, where Ashton Kutcher comes back in time to change the past. So, if I could go back in time and change something about my education in English, what would that be? I remembered that in Brazil, where I lived most of my life, English was pretty much learned how it is done in Italy (where I am currently teaching). Books in front of you. The endless verb to be. Writing exercises. Then, I remembered my education in the language school: two years without conducting a full conversation in English. It was only in the third year the I had a teacher who motivated me to speak English. I remember there was a blonde girl in my classroom that had a fight with him because of it. She wasn’t able to speak because she was afraid and my teacher was pushing us to stop speaking in Portuguese. After a while, I remember that I have been through the same experience years later. The same thing happened when I decided to learn Italian in São Paulo. I had a similar discussion with my Italian teacher. I remember I had the same reaction of that blonde girl. Why?

Why was I mad at the teacher? Simple: I couldn’t communicate my thoughts as I wanted. Thinking about the answer back then, which seems quite obvious now: books don’t teach you to communicate. Teachers are not so used to make students think in a different language. The current education system prepares you to read an English test or to handle an exam and not to communicate.

That night, when I couldn’t sleep, in search of my answer, I remembered two episodes in my life that really helped me to communicate in a new language: the first one is when I was a little child. I don’t remember that much, but my mom used to pray with me before going to bed, the same prayer every night. After a while, I knew it by heart. However, mom was still going there every night to pray with me. Did I need my mom then? Probably not. In any case, my mom was there to put me in bed. It was a very simple prayer and impossible to forget.

The other fact about my life that came to my mind was when I decided to apply for the IELTS exam. I had this goal in my mind. Later, I met Ana, the teacher who prepared me for the exam. We had 7 months of class together. In 7 months a learned more than in 7 years at the language school. She was fun and thoughtful. She showed me techniques of how to communicate. She gave me confidence. As my mom did before putting me in bed. Both were there for me.

Those memories brought me back to the initial question: what could I change in my language education if I could come back in time? Probably I’d ask my father to send me to an English-speaking country for several months. Because then I’d have the opportunity to live the language. Nevertheless, we didn’t have money for that. So, I’d do the same things I did. Do you know why? Because they were the only options I had. So, after overthinking that night on this matter I immediately came back to my desk in the morning and started to write Filippo’s plan. It was different from my original idea. I included exercises that could help him to develop his communication skills. Nothing in this idea was really innovative: watch Netflix in English, with English subtitles. Set Facebook in English. Speak with me on Whatsapp every two days. Introduce inspirational topics in class. Stay beside him whenever he needs me.

In a nutshell, this was the best thing I could add to the IELO method. Filippo’s first meeting made me think about my own education in Portuguese, English, and Italian. I had never done it before. It made me think that learning a language is not about speaking like Queen Elisabeth, but about communicating clearly. That’s how my mom did. She was the backbone of all my language education because she taught me how to speak Portuguese either by repeating a prayer or teaching me my first words. On the other hand, Ana gave me the framework and the instruments to improve my English language skills. It doesn’t matter whether it is Portuguese or English. Once teachers help students to understand that speaking a language is the way and not the end itself of the communication, fear is something that will fade away naturally.