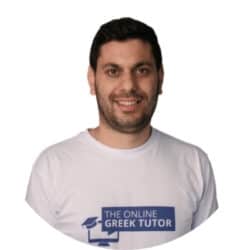 Unlike other languages, people who study English might not be interested in learning about the English culture and use this language as a tool. This is why we consider it more and more a Lingua Franca that belongs to the Word, rather than single countries. However, English is made of a mixture of other languages, and knowing it might help us teachers in sparkling the interest of our students.

Did you know that about 150,000 modern English words have their direct or indirect origin in the ancient Greek language? Therefore, you know some Greek as well, you just don’t realise it in today’s fast rhythms of daily life! Mathematics, history, democracy, philosophy, photography and telephony are just a few droplets in the ocean of modern English words rooted in the Greek language. In this article, we will present to you five of these words and the story behind them. Here are a few examples:

Every year thousands of athletes (another Greek word by the way) from all over the world run for long lengths a race known as the Marathon. The official distance the athletes should cover from start to finish is 42.195 km as this is the distance between Marathon and Athens. The story says that in August/September 490 BC the Athenian soldier Pheidippides ran from the battlefield of Marathon to the city of Athens, that is the distance of 42.1 Km, to announce the great victory of the Athenians and their allies over the mighty Persian army. After his announcement, Pheidippides collapsed from exhaustion and died. The marathon was first introduced in the modern Olympic games in 1896.

The origin of this word is utterly obscure as there is no certainty and consensus among scholars where it comes from. The majority of the theories about the origin of συκοφάντης are linked with the word σύκο (fig). The most probable theory suggests that the word comes from σύκο and the verb “φαίνειν” (to show), and goes back to when stealing and exporting figs was considered a crime. So, a sycophant was someone who used to turn in somebody who had figs hidden in their clothes, namely a minor theft and, subsequently, those people who informed about insignificant actions even using false accusations.

The word idiot refers to someone who is unintelligent. Back in ancient Greece calling someone “ιδιώτης”  meant a man who didn’t want to take part in the public affairs of the Polis (the City State of Ancient Greece). Therefore, the word originally didn’t have the meaning of someone being unintelligent etc. However, someone who was an “ιδιώτης”, not taking part in the affairs of the city, he definitely was in a difficult position as a member of society. Participating in the public affairs of Athens was essential for the survival of the democratic society. For this reason the Athenian republic introduced penalties for those who neglected their civil duties to the Polis. The word “ιδιώτης” found its way into Latin (idiota) where it meant the ignorant person and, eventually, into French (idiote) and then into Middle English as idiot.

Echo is a recurrence of sound. The word derives from the mountain nymph Ηχώ (Echo) who talked a lot. According to Ovid, Echo often used her lovely voice to distract Hera, Zeus’ wife, with her nonstop amusing stories while Zeus would sneak out to visit the mountain nymphs. When Hera discovered her husband’s flirting activities with the nymphs, furious as she was, she punished Echo by removing entirely her ability to speak and granted her only the repetition of the words of others. Eventually, Echo dies and only her voice haunts the earth, where it can still be heard today.

The word cemetery comes from the Greek word “κοιμητήριο” which means The sleeping place, The dormitory. The “κοιμητήριον” has its origin from the ancient Greek verb “κοιμάω” (κοιμάμαι) to put to sleep, and “κείμαι” (to lie down). The word “κοιμητήριον” was in use before the Christian era and signified only The sleeping room. The early Christian Fathers and writers were the first to use this word to signify the burial ground and the sleep of death as those who die are just sleeping and waiting for the awakening of the Second Coming of Christ. Today, cemeteries are usually located far away from cities and populated areas, independent of churches or other religious establishments.

These were just five of the 150,000 English words that have Greek origin. We do hope that they are enough to spark an interest in research and encourage you to grab your dictionary or search the internet for more words!