The TEFL dilemma with Squid Game 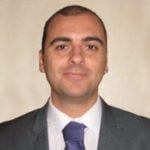 Squid Game is a Korean series in which debt-ridden people participate in children’s games to win a massive amount of money, and whoever loses dies. It is very popular among young people and numerous groups of parents are signing petitions to eliminate the show because of its violence. As an English teacher, that series represents a problem for me, and here is why.

As much as I would like to say that Squid Game is a bad series, violent and without content, and should close immediately, I am watching it and I appreciate its artistic and cultural value, the narration, the suspense and the complexity of the characters. Its themes remind me of several classics of literature and cinema: the impersonal and cruel society, with total control over the population, recalls 1984 by George Orwell and V For Vendetta by Alan Moore. The kidnapping of the protagonists and a justice system that does not give explanations remind me of tales by Kafka and the spectacularization of death in a live television game reminds me of The Running Man by Stephen King and The Hunger Games by Suzanne Collins.

So, if there is nothing new, why all the fuss?

Because kids only get the most superficial aspect of it.

The first aspect that strikes me about Squid Game, even before its violence and cruelty, is that thousands of parents are trying to stop the series, instead of changing the channel or watching it with their children. This is maybe because in today’s society it is in fashion to get offended, instead of reasoning.

The television series is not recommended for children under 17, yet it is very popular with 11-year-olds.

The uproar and outrage is so great that it almost seems like a marketing strategy to increase the taste for the forbidden, and I wouldn’t believe it if I hadn’t seen with my own eyes how popular it is among young students.

This is the first problem we have as educators. I believe that our job is only partly to teach English (or any other subject) and we should consider protecting and guiding our students as a fundamental part of our work mission.

If we see deviant behaviour, something that makes us think of a danger to them, we are required to investigate and, if necessary, report it to our superior or to the authorities.

If we see strange bruises on kids, or that they always sleep when they are in class, or we think they don’t eat when they are at home, in the training phase we are instructed to pay attention to the small details and intervene, but when it comes to their psychological development, suddenly, the mentality of “I am not paid enough to take care of this” and “I don’t have time for this” take over, and we only dedicate ourselves to the bare minimum that is required of us, which is teaching our subject.

In the case of television shows that they shouldn’t be watching and they do anyway (and affects their personality), I believe that as a school, we should take the time to explain to them what they don’t understand on their own.

Copying a behaviour that has been watched on television is an actual danger.

The TV screen is a translator that blurs the boundaries between fiction and the real world, and the more realistic is the program, the more we accept the ideas it proposes in our unconscious.

Years ago, I worked in a post-production house in London and among our tasks was to watch many TV shows and report behaviours that could give dangerous ideas, such as a guy who sticks a gun in his pants to make a robbery in a supermarket.
With our evaluation forms, the broadcaster decided whether to buy the program, broadcast it with warnings for parents or cut pieces of it before broadcasting.

This danger of emulation is stronger in TV shows than in movies, because they have a long time to sneak into our minds and make us think about deviant behaviour as something normal.

To give an example that many will remember, in 1993 they released the TV series X-Files, about FBI agents Mulder and Scully investigating apparently inexplicable and often UFO-related incidents.

That television series also seems to be behind an increase in careers in STEM area (Science, Technology, Engineering and Math) among girls who watched The X-Files and were inspired by the Doctor/FBI Agent Scully. This is known as The Scully Effect.

The Scully Effect demonstrates that emulation can affect our behaviours, positively and negatively, many years later.

Detachment from reality and lack of empathy

When I was a student, I collected films and my shelves were full of DVDs and books. Today, this is no longer the case: everything you need is in the cloud, streams or on a tablet. It is not the same thing. If you don’t have the possibility to touch and smell the product, you cannot become as fond of it. The same is true for people.

Several of my younger students have told me that their best friend is on Instagram and lives in another country, but when you’re 11, can your best friend be someone you’ve never seen in person?

This behaviour, in my opinion, leads us to fail to develop emotions that are important to human beings, and especially empathy, that is to identify with what the other is feeling.

There is one thing that has left me very perplexed about Squid Game at school: it is a very popular series among 11-13 year olds, and of course, they recreate it when they play with classmates. It has always been like this: children have played Pinocchio, cowboys and Indians, Batman and Joker… but in this series there are no real villains: there are poor people in debt who are forced to play children games, risking to be killed every time by hooded soldiers with a mask who guard them with a machine gun and kill them for no reason. This situation reminds me of the concentration camps for Jews in the Second World War.

The thing that leaves me very uncomfortable with it is that children play the soldiers. It is as if they chose to impersonate the Nazis killing defenseless Jews, without questioning if this is all wrong.

Several students come to school in a red hooded sweatshirt, they turn it around, attach a drawn geometric figure like in the show, and then stand still and stare at me in silence. They play, obviously, and they don’t have the slightest interest in my lesson. Yet, I don’t feel like taking them back and punishing them, because what I see is too disturbing and I would just like to call the psychologist and the parents to fix the situation as soon as possible.

We are experiencing the second year of the Corona Virus. The students have spent almost all the last year at home, only connected to the computer, and even now that they can attend classes, their freedom of movement is very limited at school. For example, they cannot leave the classroom during the breaks and they suffer a constant situation of over control from us, teachers.

In their lives, students are controlled, treated almost like prisoners, and in their fantasy, they are the controllers whose job is to carry out atrocities without remorse.

Their social relationships are very affected by this prolonged situation, and their unease can be seen through their games, where in their fantasy they do not imagine they are secret agents or superheroes moved by noble ideals, but guards whose job is to kill defenseless people.

If our personalities are largely formed when we are very young, I tremble at the idea of ​​what kind of adults we are forming, and I fear that we will notice the problems we are creating for their personalities only in ten years or more from now.

With these premises, it would be easy to put myself on the side of parents demanding the series to be stopped, but as a professional English Teacher, there are also important reflections to make.

The first one is that, by talking with my students, I learned that they are watching it in English, because at the time of writing this article there is no Italian dubbing.

Our job as teachers should be first and foremost to help them find something that makes them passionate about English and allows them to continue studying on their own.

If I look at the readings in their books, the level is “Hi, my name is John and I love pizza”, but in their spare time they manage to follow an entire TV series for adults in English.

For this reason alone, they should watch it.

Another aspect to consider is that English is communication. We study it for future job opportunities, this is true, but also to get to know the World. This Korean series is dubbed, and thanks to English, it allows us to discover a very different culture from ours, both cinematic and as a lifestyle.

The Corona Virus has prevented many television series from being shot in 2020, and this has created a hole in Netflix’s programming. To overcome this, the company has moved towards two directions: one is to increase the offer of classic films that appeal to nostalgics like me, another is to make available series that we would not have been able to watch before, for geographical reasons. I think that without Corona Virus, Squid Game would not have made it to the West.

This is a very good chance to overcome the American cinematic supremacy, but also to be able to appreciate different cultures, thanks to our beloved English, which is our favourite lingua franca.

Squid Game is a dilemma for us TEFL teachers. It’s definitely something that hurts our younger students, but also a way to get them all hooked on English like never before, and that’s my dilemma.