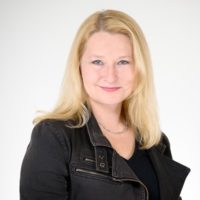 Ellis trained as an actress at the prestigious Theatre Academy Maastricht, the Netherlands. Soon after she found herself working and living in London, doing films and television for the US, UK and Europe. At the same time she worked as an actress in theatre and as a voice artist. Over time, Ellis branched out to work as a casting director, jury member for the BBC Young Speaker Award, television producer for documentaries, playwright, theatre director, deviser, and the artistic director for a theatre company (tusktheatre.net). Next to creating, Ellis teaches and coaches, and is an examiner for IB DP Theatre Studies. The subject of her dissertation for a Masters Theatre Studies was Intercultural Theatre. Transferring passion to an audience using text, physical performance and curiosity for the world around us is Ellis’ main journey. For her, directing is about facilitating collaboration, giving performance freedom while keeping participants on a straight line, and about discovering theatrical innovation to reflect the world around us. As a performer, Ellis’ aim is to create magic, with whatever tools she can get her hands on. Ellis writes “I have been allowed to change people’s lives and people’s perspectives on how they can express what they feel, what they think and what they believe in. I feel strongly that even although we can’t all be actors or directors in order to make a living, what can be learned from theatre can contribute to our perception of who we are and what we can contribute to the world. Apart from anything else, it’s fun. What more do you want?”

A Focus On Breathing

Breathing is not something most people have to think about, let alone learn about. However, for performers breathing is a technique that nee [...]

Teaching Performing Arts in schools has come a long way since both students and teachers have discovered that this versatile subject can do [...]

happy advance
22:55 01 Dec 21
Go and get it...i thank gallery teacher to have tefl at the end , after too much torture not to have, although i have... it, i have to face to another problem...like you get the glass to drink, glass drops ...yet gallery teacher can let us to do more ...thank you gallery teacher, a good friend...read more